Last year Philly Improv Theater (PHIT) returned to the Philly Fringe Festival in a big way. We staged an original play (TOWN), produced an original musical (Becoming Vegan), remounted a moving and very funny one person show (I’m OK, Are You OK?), celebrated the anniversary of our longest running sketch team (The Flat Earth), and welcomed back our southern style improv show (Elysian Fields) as well as sketch comedy from across the pond (Cambridge Footlights).” In 2018 we are looking to go even better. We are producing nine (9!) shows as part of the 2018 Philly Fringe Festival! We are super excited for this line-up and to officially announce it to everyone now. 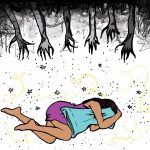 ONLY IN YOUR DREAMS
Sarah Clemency
9/5, 9/6, 9/7, 9/8 @ 7:00 p.m.
9/8 @ 3:30 p.m.
From the creator of last year’s Fringe hit “Becoming Vegan” comes Only In Your Dreams. Dom wants a change in her hum drum of a life. One night, she falls asleep and finds herself in a fantastical dreamland that quickly becomes a nightmare of a time. Will she be able to escape her own mind? Only In Your Dreams is a magical horror comedy musical that is full of hauntingly jaunty songs that will have you laughing out of fear. 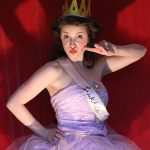 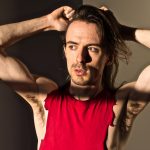 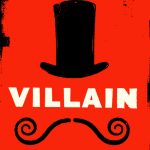 VILLAIN
Jon Edeleman and Marissa Edelman
9/12, 9/13, 9/14, 9/15 @ 7:00 p.m.
9/15 @ 3:30 p.m.
Villain is a tragicomedy about Clear Springs, a small Midwestern town that is shaken to its core by the death of the mayor’s daughter. Ivo Talaka, who recently emigrated from the little-known country of Villainia, is accused of her murder amid rising anti-immigrant sentiment. Two famous lawyers, orators, and longtime rivals arrive in town to try the case, further stoking resentment between the established townspeople and the Villainian immigrant community. During the explosive trial, the prosecution and defense clash over ideas of law, order, justice, and the definition of a true American. 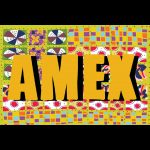 REAL AMERICA
American Express Comedy
9/12, 9/13, 9/14, 9/15 @ 8:30 p.m.
9/15 @ 5:00 p.m.
American Express Comedy (AmEx) explores the bizarre nature of the nation’s current state through a collection of absurd comedy sketches and Real issues. Take a glimpse into the themes of our great nation through a colored lens as this show redefines what it means to be a “Real American.”

THE ARCANE MYSTERIES OF VANDERSLICE MANOR
Noah Levine and Adam Cooper
9/13, 9/14, 9/15 @ 9:30 p.m.
9/15 @ 2:00 p.m.
In this curious double feature, two men attempt to find closure in the aftermath of Martin Vanderslice’s murder. First, brilliant and accomplished detective Basil Shakingstoke gathers the suspects to reveal the murderer’s identity, but will his personal life distract him from solving the case? Then, Thomas Vanderslice attempts to speak with his father from beyond the pale, but how far will he have to go to speak to his father one last time? Set in Arthur Conan Doyle’s London, Basil’s deductions and Thomas’ seance are: The Arcane Mysteries of Vanderslice Manor.

THE CAMBRIDGE FOOTLIGHTS INTERNATIONAL TOUR SHOW 2018 “PILLOW TALK”
Cambridge Footlights
9/20 and 9/22 @ 8:00 p.m.
Join ‘the most renowned sketch troupe of them all’ (The Independent) as they embark on another exceptional world tour, performing to over twenty thousand people across two continents. The Footlights International Tour Show brings together the brightest stars of student comedy, whose assembled forces deliver fresh, witty and downright funny sketches, monologues and songs. You can expect free-flowing hilarity, excellent original writing and side-splitting character comedy, so don’t miss your chance to see this inventive new offering from the group that launched many comedy greats, including Stephen Fry, Sue Perkins, David Mitchell, Richard Ayoade and Mel Giedroyc. 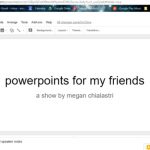 powerpoints for my friends
Megan Chialastri
9/20, 9/21, 9/22 @ 9:00 p.m.
9/22 @ 2:00 p.m.
Friendship is weird and hard to define. There is a line that exists somewhere that separates your friends from acquaintances, from family, from significant others. The weight we put on friendships always seems to be less than other relationships in our lives. That’s a concept that Megan Chialastri is going to bring down in this one person show exploring anxiety and loss, while using business tools.

A huge thank you and welcome to all the artists that are joining PHIT on this journey. We look forward to working with everyone and showcasing their work to the world in September! Look for another announcement when tickets are on sale. In the meantime, be sure to check out Philly Improv theater’s full list of recurring programming by visiting our shows calendar. No need to wait until September to enjoy a great night at the theater!