Q+ A with the Gimmick Show’s Marissa Edelman

All good gimmicks must come to an end, which is why the theme for the last Gimmick Show ever is… THE END! At the end of the previous show, hosts Jon and Marissa were arrested and taken to jail. After finding themselves hosting one final Gimmick Show in someone’s semi-finished basement, they have a lot of questions: Whose basement is this? Who are this month’s guests? How did Regular Boy get here? What is the ultimate fate of Gimmick Show? Find out on THE DEATH OF GIMMICK SHOW!

Q + A WITH THE GIMMICK SHOW 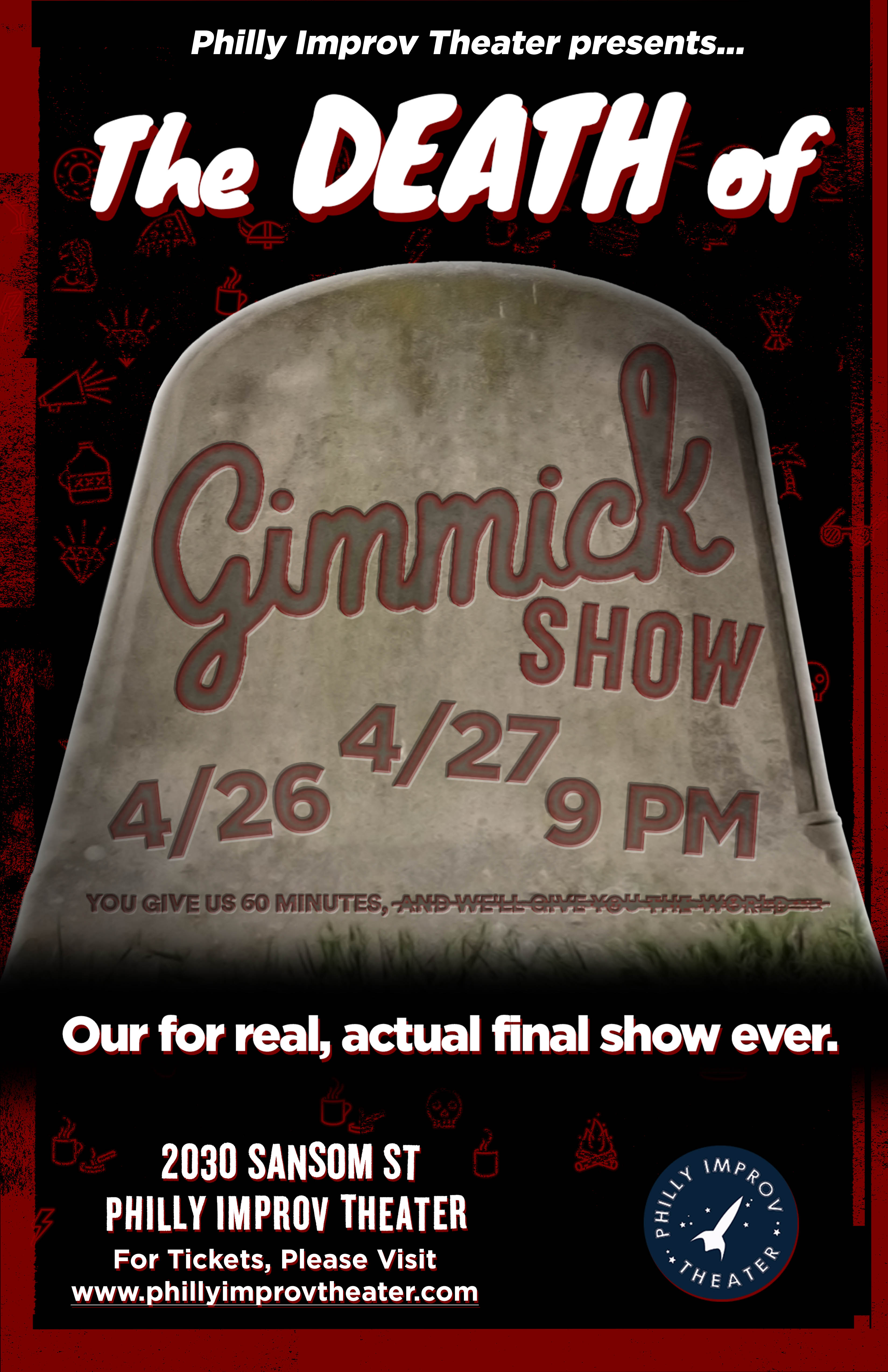 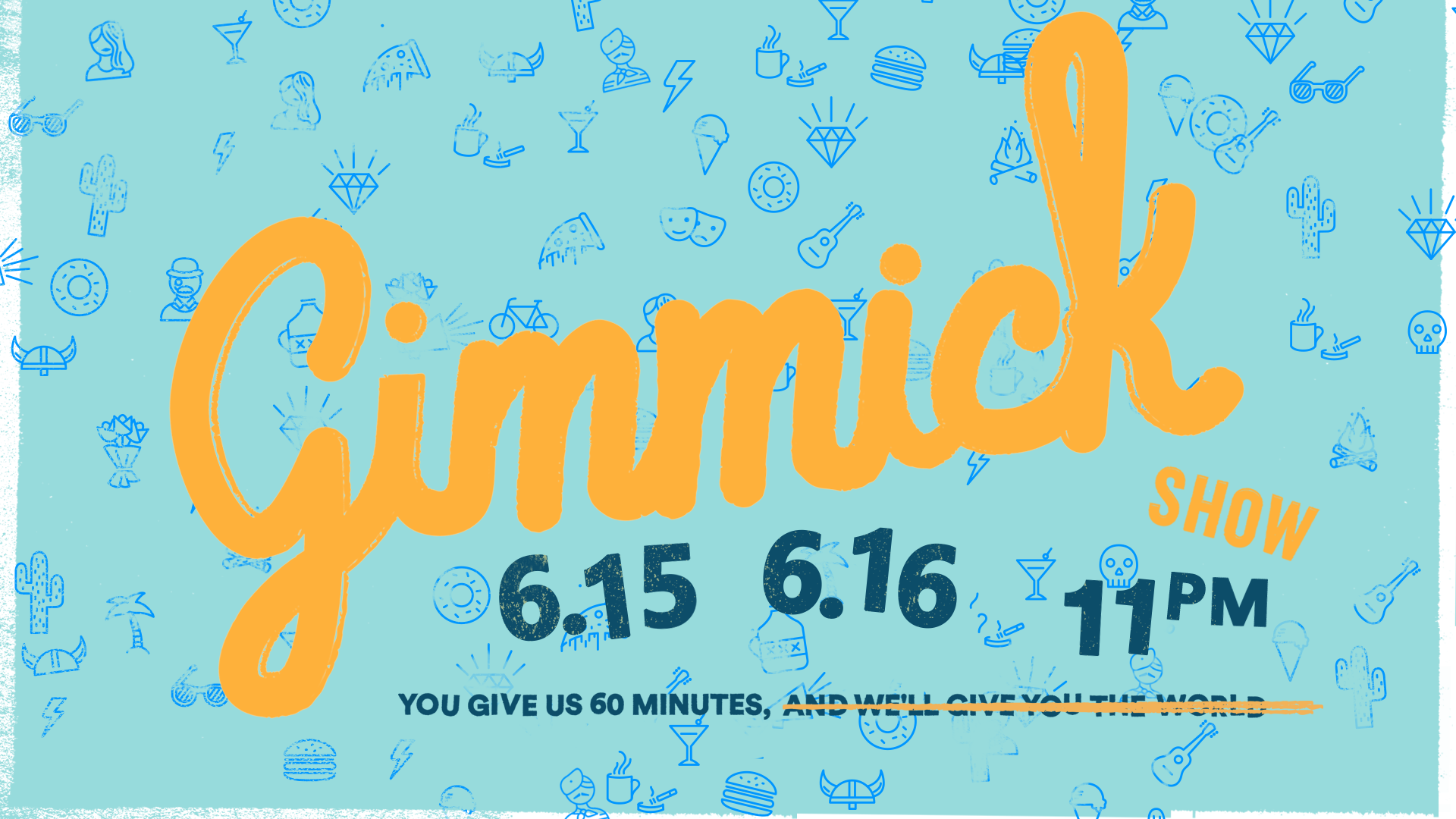 How did Gimmick Show first come together?

The show first came together after our Improv 201 class. We met a group of other comedians who we clicked with, and we decided we wanted to work together. We spun off into an improv group, Sad Boys Rugby Club, but we also wanted to do sketch. This was harder to get off the ground, so Jonathan and I pitched our idea of a crazy variety show to them, with the structure and sincerity of Comedy Bang Bang and The Chris Gethard Show, but with the anarchic spirit of The Eric Andre Show. The group loved it, and thus Gimmick Show was born.

How long has Gimmick Show run?

Our first Gimmick Show was all the way back in February 2017! We started off doing monthly shows and then switched to bimonthly in October 2017, so the finale will be our 16th episode of Gimmick Show.

What will you miss most about being on Gimmick Show?

Working with the writers and cast to come up with the weirdest characters and the funniest things for them to say. Our meetings are mostly spent cracking each other up.

What makes Gimmick Show different from all other comedy shows?

It’s a scripted variety show where, about 15 minutes in, you realize there’s a plot. We’ve pulled off some really ambitious conceptual live shows, like a Rashomon episode, an awards show, and an episode involving time travel.

What’s your favorite memory from the show, either on stage or off?

During our holiday show in 2017, we had our panel compete in an egg nog chug. Caroline Hall, one of our writers and actors, chugged almost a pint of egg nog in 60 seconds and had to leave the stage to throw up, then came back and did the rest of the show.

Why is performing at PHIT important to you? What do you like about it?

We’ve been given a lot of leeway with Gimmick Show so we’ve had a great time putting on the most ambitious shows we can come up with.

Anything else you think is important for people who come to your show should know?

Don’t worry about not having seen other episodes of Gimmick Show if you want to check out the finale. It’s a really fun and silly show, plus we have free beer!