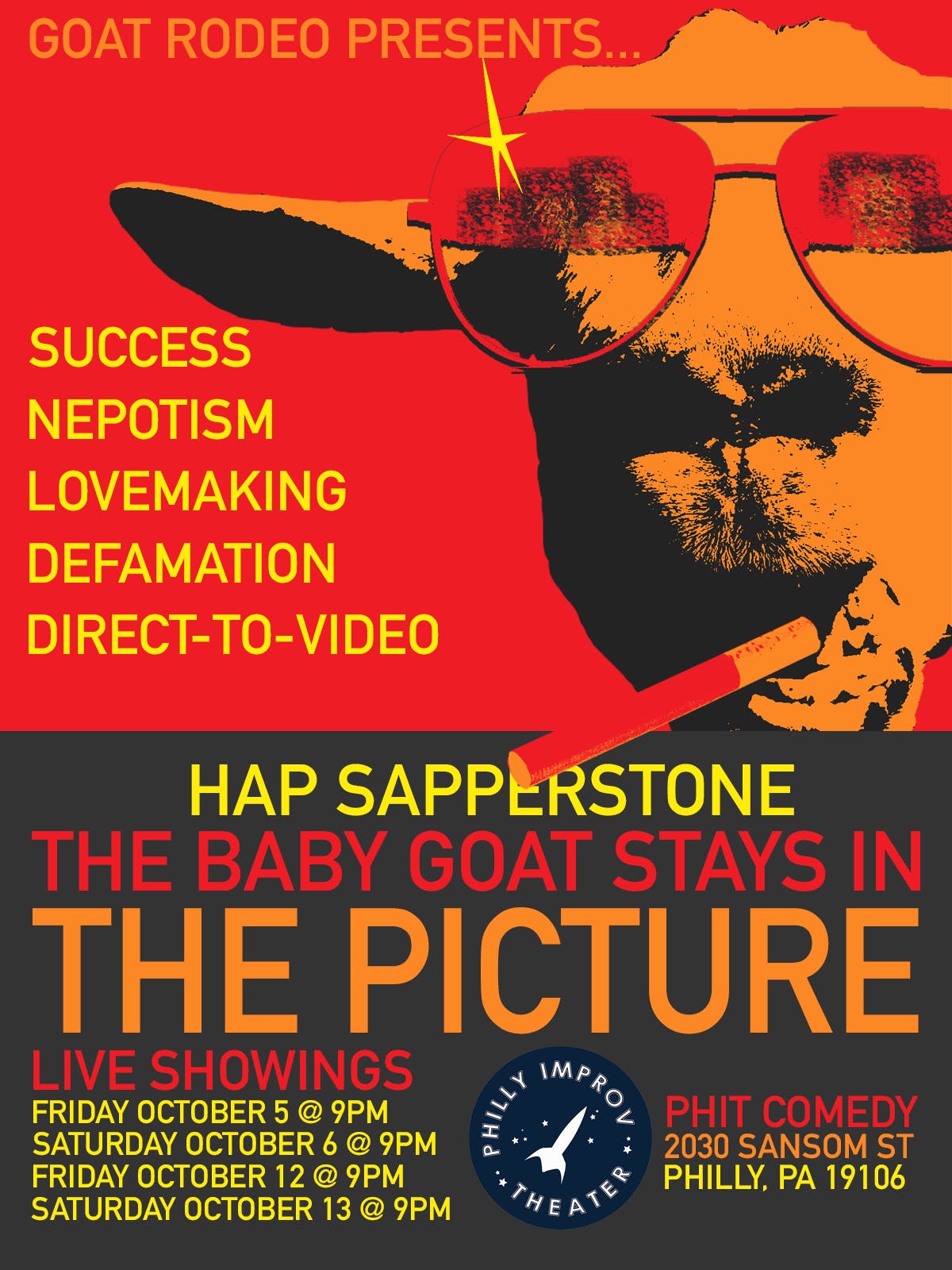 The Sultan of Schlock!  The Baron of Bad Taste!  The Colossus of Camp!  Legendary B-movie director, Hap Sapperstone, has been called many things over his decades-long career, and, until now, almost all of them have been negative.  For ONE NIGHT ONLY (over the course of four nights) we invite you to partake in a career retrospective of the a director whose work has been called “the lowest of the low” (Variety) and “what would happen if you gave a hormone-crazed teenager a movie camera” (The New York Times) and “just downright awful” (Hap Sapperstone Sr.)  So, join us October 5th, 6th, 12th and 13th for, The Baby Goat Stays in the Picture – A Career Retrospective of Hap Sapperstone.