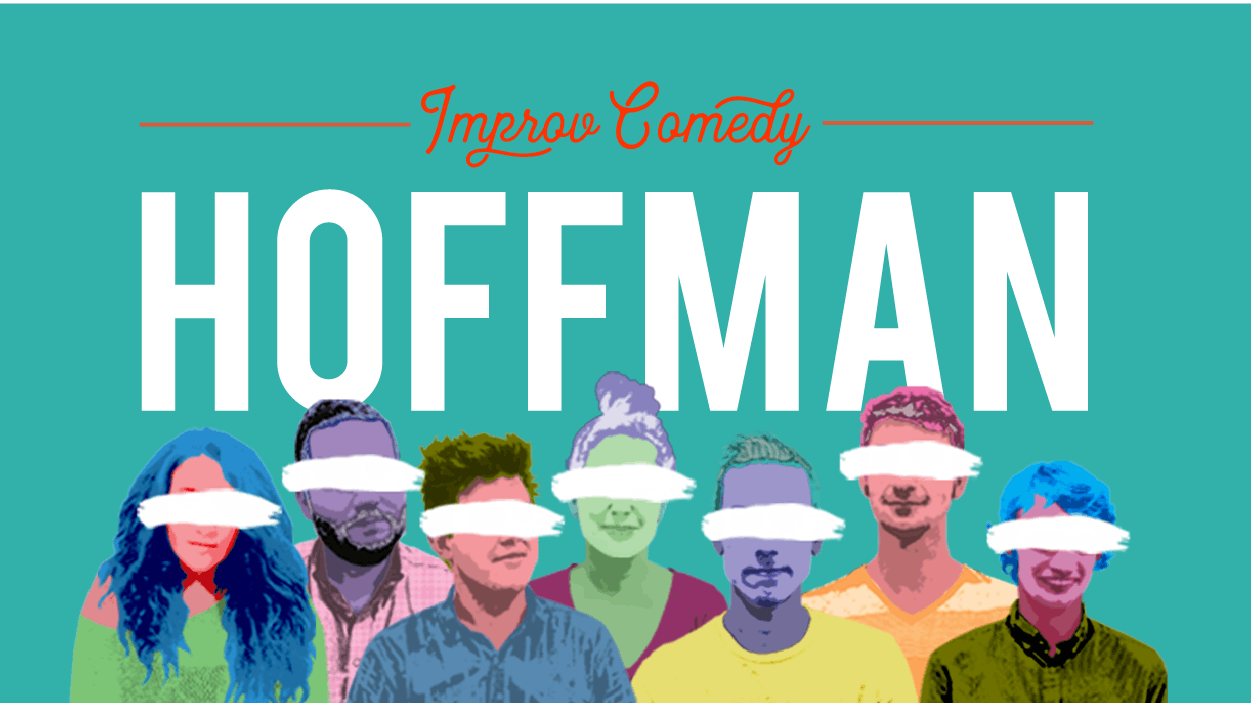 Hoffman is a veteran Phit improv team with a penchant for playing big characters and sharing yarns both truthful and delightfully absurd. They create scenes from personal memories and imagination as they delve into an hour-long set featuring original takes on two popular forms, the Armando and Pretty Flower. The cast includes Kayleigh Liggitt, Andrew Sigwart, Whitney Rumble, Jacob Todd, Peter Szekeres, and Sean Keegan-Landis – improvisers who have been getting weird with each other for more than half a decade. So they’re pretty comfortable making each other look silly, dumb, and pleasantly outlandish for your enjoyment. CAST: Whitney Rumble, Sean Keegan-Landis, Kayleigh Leggitt, Andrew Sigwart, Peter Szekeres, and Jacob Todd. DIRECTED BY Brian Rumble

RT @NYRimprov: Our Improvised #Romcom shows are BYOB! Grab some drinks and donuts and have a fun night out with us. 🍩🍩🍩🍩🍩🍩🍩🍩🍩🍩🍩🍩🍩🍩🍩🍩 2/12…
1/23 and 1/24 @ 9pm Oh No! Somebody has turned our ring into a time machine powered by wrestling! Will our Philly C… https://t.co/Ijeo5dXFHB
RT @placesthankyou: Fun #thankyouplaces rehearsal last night, we took some 📸 to get ready for our @theatrephiladelphia #phillytheatreweek20…
RT @StudyHallShow: Learning and laughing combine for an hour of educational comedy you won’t see anywhere else! 2/9 @phitcomedy features @M…
RT @StudyHallShow: #StudyHallShow started in 2011 as part of the @philascifest with @phitcomedy house team Asteroid!. Asteroid! did a full…
Philly Improv Theater Presents Wide Variety Of Comedy Shows For 2020 Philly Theatre Week https://t.co/hBxEoXbqCR https://t.co/SahLYD743m