We are so excited to welcome you back to PHIT to enjoy live comedy. Check out the calendar below for our upcoming events, and please make sure to take a look at our COVID-19 safety protocols for everything you need to know before visiting us. 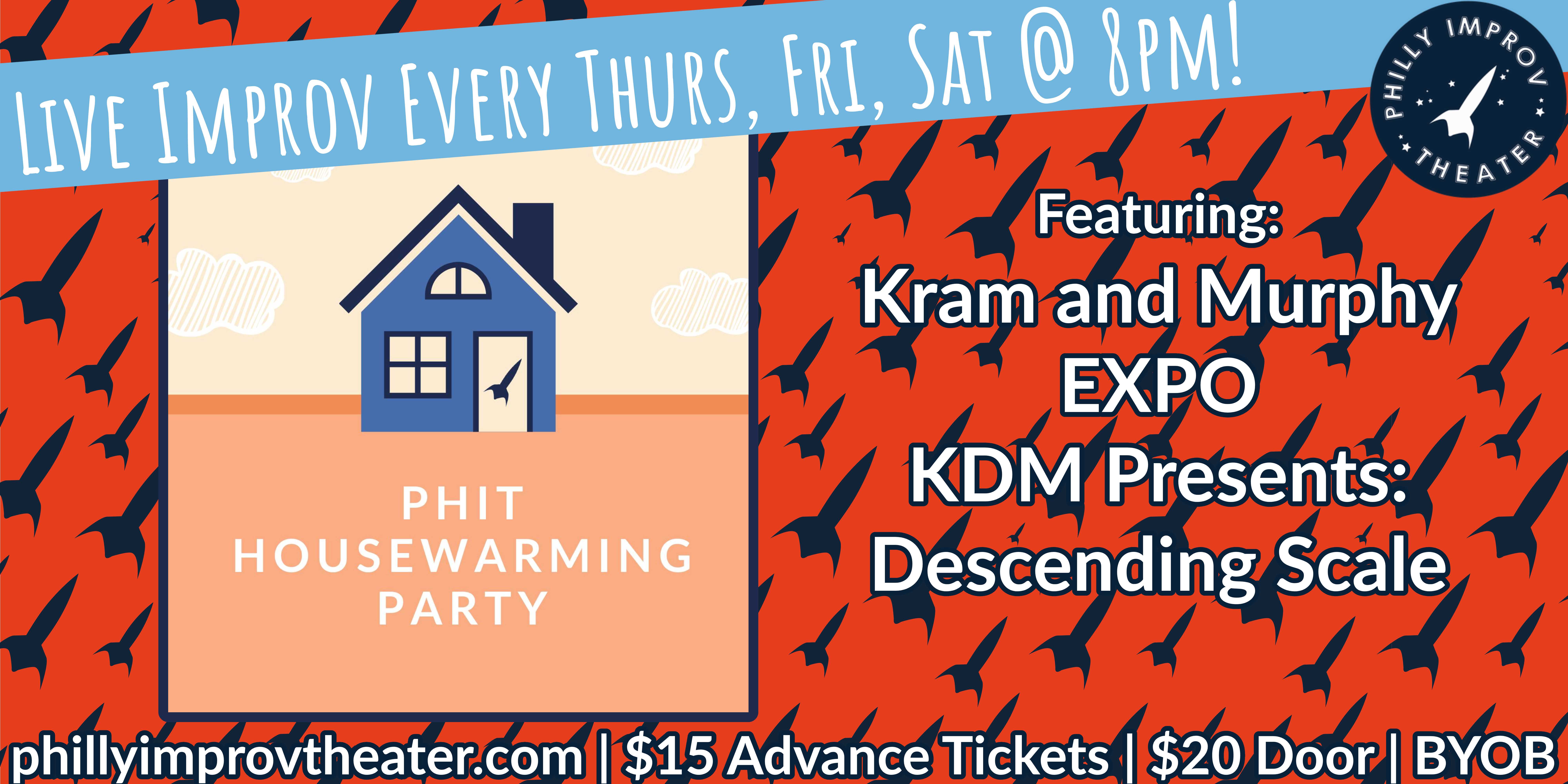 Note: Proof of vaccination (physical or digital) is required to attend. Masks are optional.

We’re back! To help celebrate our return to shows this October, PHIT is welcoming special guest acts from the local indie scene and beyond!

Kram and Murphy generally don’t know what’s going on. One thing they do know is how to improvise a show, or they at least know it’s something they have fun doing. Together, they combine their odd brains to construct a cast of characters creating short vignettes of their lives and interactions with each other.

Three improvisers take turns performing, narrating, and providing musical accompaniment to create a full three-act play. Occasionally, they disagree about how to do so.