We are so excited to welcome you back to PHIT to enjoy live comedy. Check out the calendar below for our upcoming events, and please make sure to take a look at our COVID-19 safety protocols for everything you need to know before visiting us.

Improv Comedy: On The Floor + He Said/They Said + EXPO 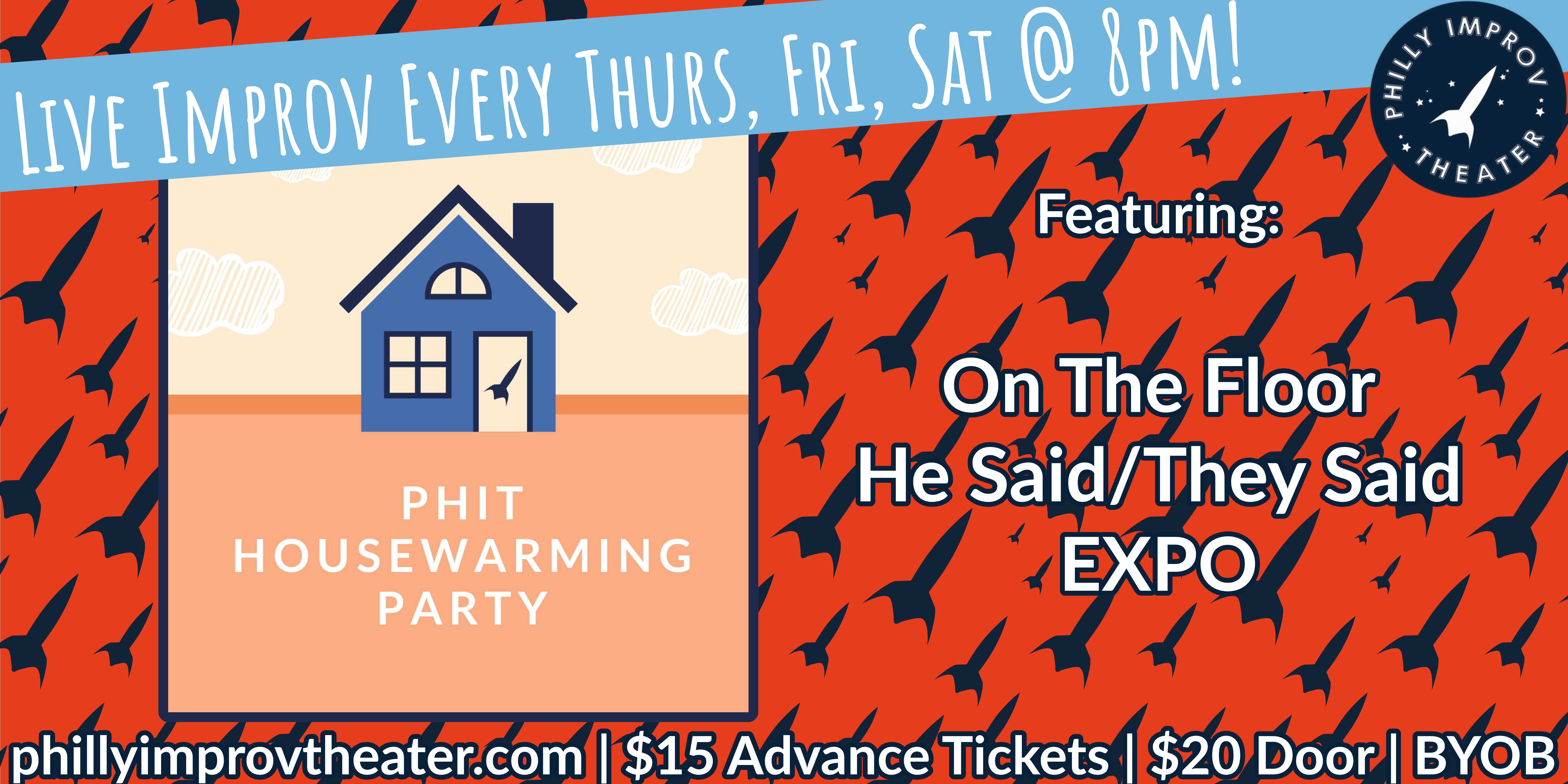 Note: Proof of vaccination (physical or digital) is required to attend. Masks are optional.

On the Floor is an improv group that came together through classes, responses to a Facebook post, and conveniently all hanging out in the same dark alley. We’re here to have fun and bring you in on it too, with silly characters and narratives and by the momentum of how we do improv.

He Said They Said is the brainchild collaborative group of Happy Valley Improv’s James Tierney (he/him) and Dawn Rosenbaum (they/them). This two-person longform group focuses on creating worlds with big characters that end up colliding in hilarious ways. It all begins with gossip given by a member of the audience, and it quickly spirals out of control to inspire the amazing world the players create. The characters themselves can and will be played by either person during the course of the show.