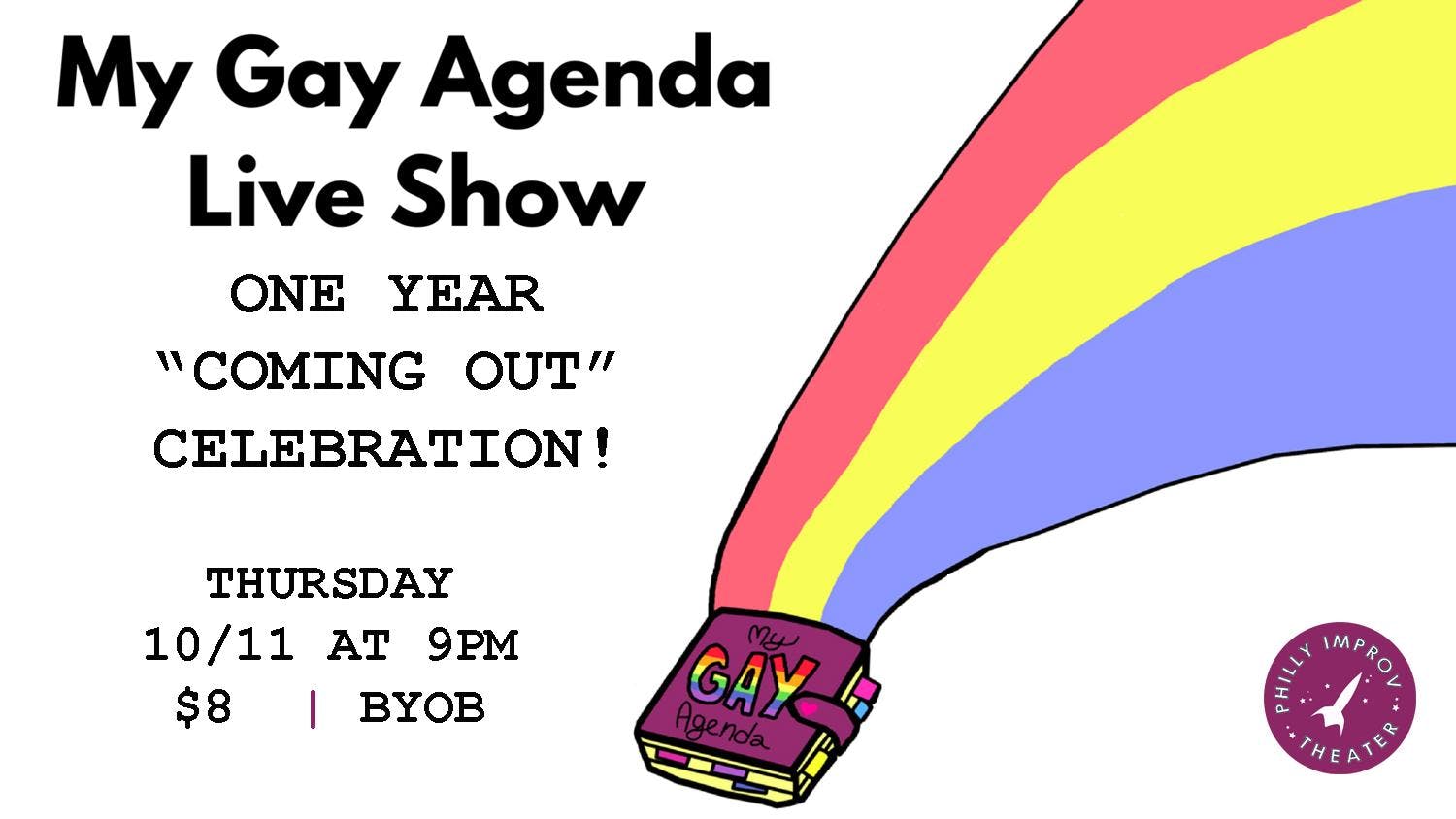 My Gay Agenda: An Investigative Podcast wants to celebrate National Coming Out Day and our one-year anniversary with YOU! Join us for a night of queer frivolity and games with the audience. What’s on the Gay Agenda? With your help, maybe we’ll find out! But more likely we’ll scream about queer rights or snacks.
About My Gay Agenda:We interview members of the queer/LGBTQIA+ community bi-weekly to plot whatever it is cisgender heterosexual people think queer people are doing. Co-conspirators CJ Higgins and Jenn Adams sit down with members of the queer community to discuss what’s important to them; identity, pop culture, politics, which board games are the best, and so much more.
CJ Higgins (they/them) is a nonbinary theatre artist with a lot of heart. They began podcasting when they were fifteen years old as one of the members of a Twilight podcast. CJ has been a member of the LGBTQIA+ community since they were sixteen, an accomplishment they’re more proud of than the Twilight podcast thing.
Jenn Adams (she/her) is a performer and visual artist on the outskirts of the Philadelphia area. She has only very recently come out publicly, but has had one foot out of the closet for nearly half a decade and is ready to start fighting for a sci-fi gay utopia. Though this is Jenn’s first experience in podcasting, she has a long history of talking and is very excited to bring her and CJ’s frequent conversations about queerness to you on a biweekly basis.