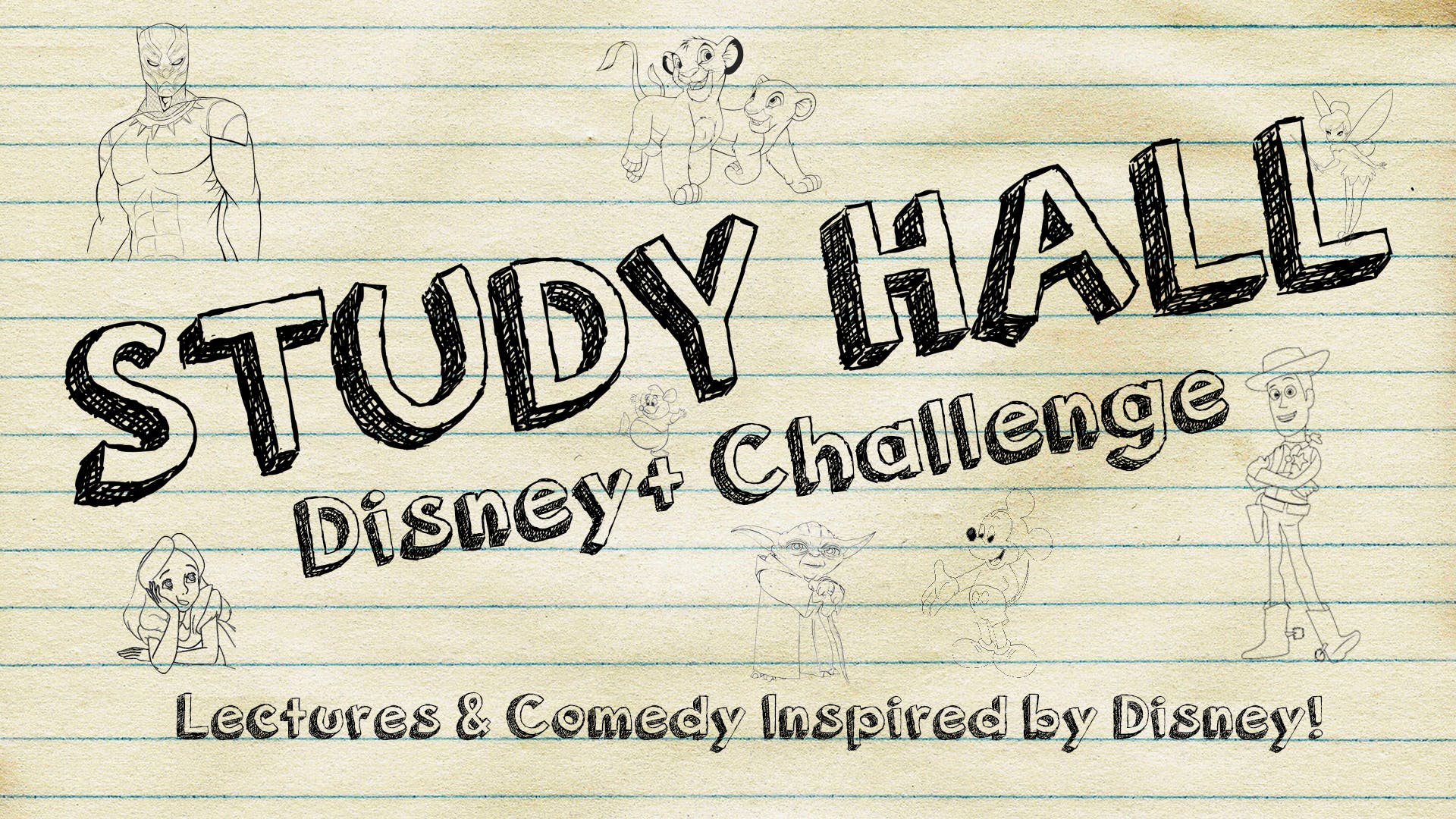 Come on out for a special edition of Study Hall where all the lessons and laughs will be inspired by Disney! Rutger’s professor Dr. Anthony Tobia and students of the Robert Wood Johsnon School of Medicine won the Disney+ Challenge. They’ll be watching 30 disney flicks in 30 days and examining those movies through the lense of addiction medicine all culminating on 12/7 @ 8pm at Study Hall: Disney+ Challenge! You’ll learn some things about Disney and medicine and see some on the spot laughs by some of Philly’s best! Garsh!

ABOUT STUDY HALL
Study Hall combines lessons and laughs in one hilarious hour never seen before and never to be seen again. Drexel University’s Professor Michael Yudell and guest professors from area colleges will lecture on a wide variety of topics and the hilarious cast will warp each lecture into outrageous scenes on the spot! Don’t be late to Study Hall!