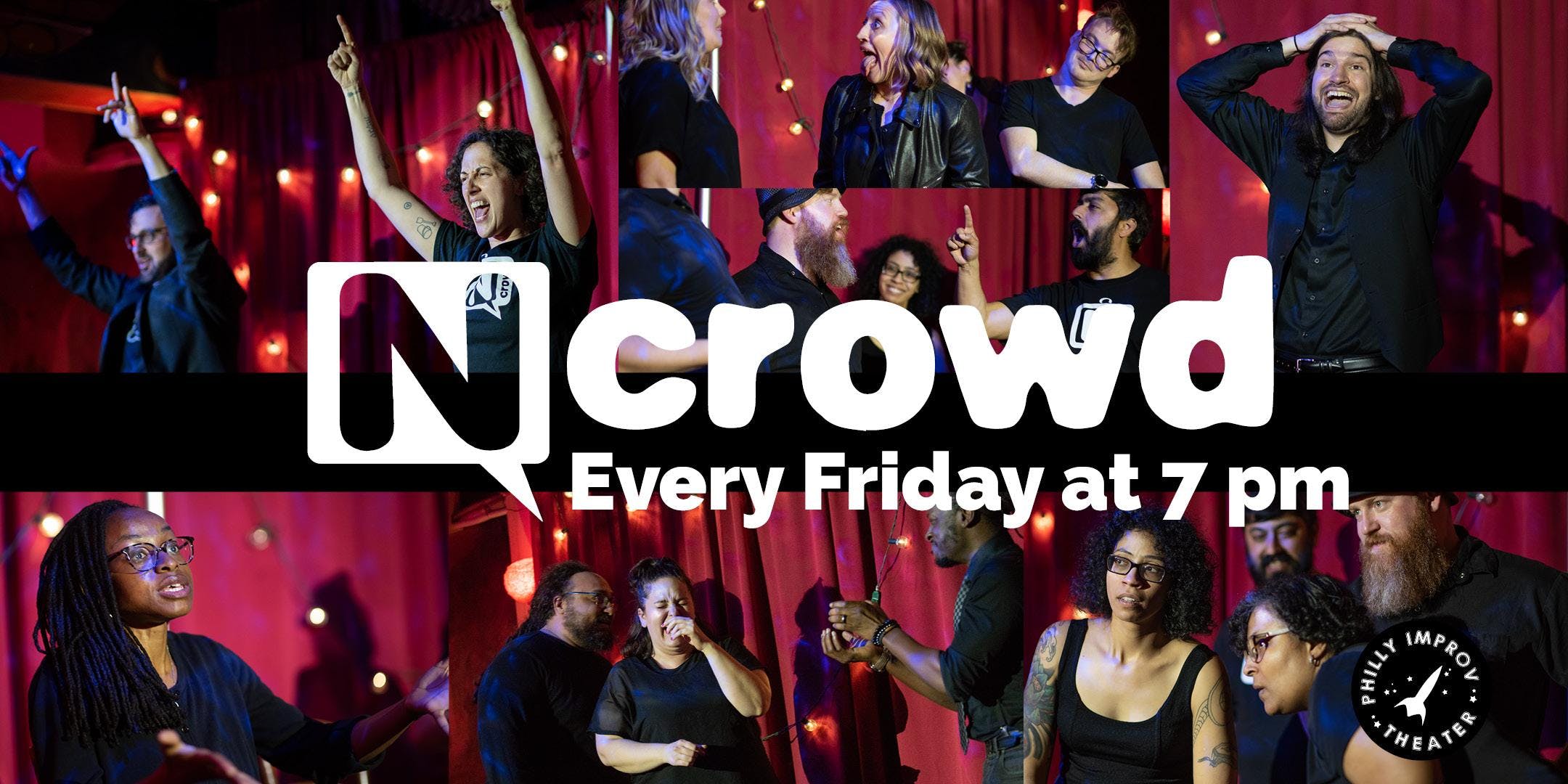 Every Friday night in Philadelphia since 2005, The N Crowd has taken your suggestions and played improv games with a rotating cast of hilarious performers. The N Crowd was called “Philadelphia’s premiere improv troupe” by Philadelphia Style Magazine. After more than 10 years and 600 shows, The N Crowd is still going strong with sold-out shows every week. Learn more at phillyncrowd.com.

RT @NYRimprov: Our Improvised #Romcom shows are BYOB! Grab some drinks and donuts and have a fun night out with us. 🍩🍩🍩🍩🍩🍩🍩🍩🍩🍩🍩🍩🍩🍩🍩🍩 2/12…
1/23 and 1/24 @ 9pm Oh No! Somebody has turned our ring into a time machine powered by wrestling! Will our Philly C… https://t.co/Ijeo5dXFHB
RT @placesthankyou: Fun #thankyouplaces rehearsal last night, we took some 📸 to get ready for our @theatrephiladelphia #phillytheatreweek20…
RT @StudyHallShow: Learning and laughing combine for an hour of educational comedy you won’t see anywhere else! 2/9 @phitcomedy features @M…
RT @StudyHallShow: #StudyHallShow started in 2011 as part of the @philascifest with @phitcomedy house team Asteroid!. Asteroid! did a full…
Philly Improv Theater Presents Wide Variety Of Comedy Shows For 2020 Philly Theatre Week https://t.co/hBxEoXbqCR https://t.co/SahLYD743m