The Story So Far with Nick Gillette 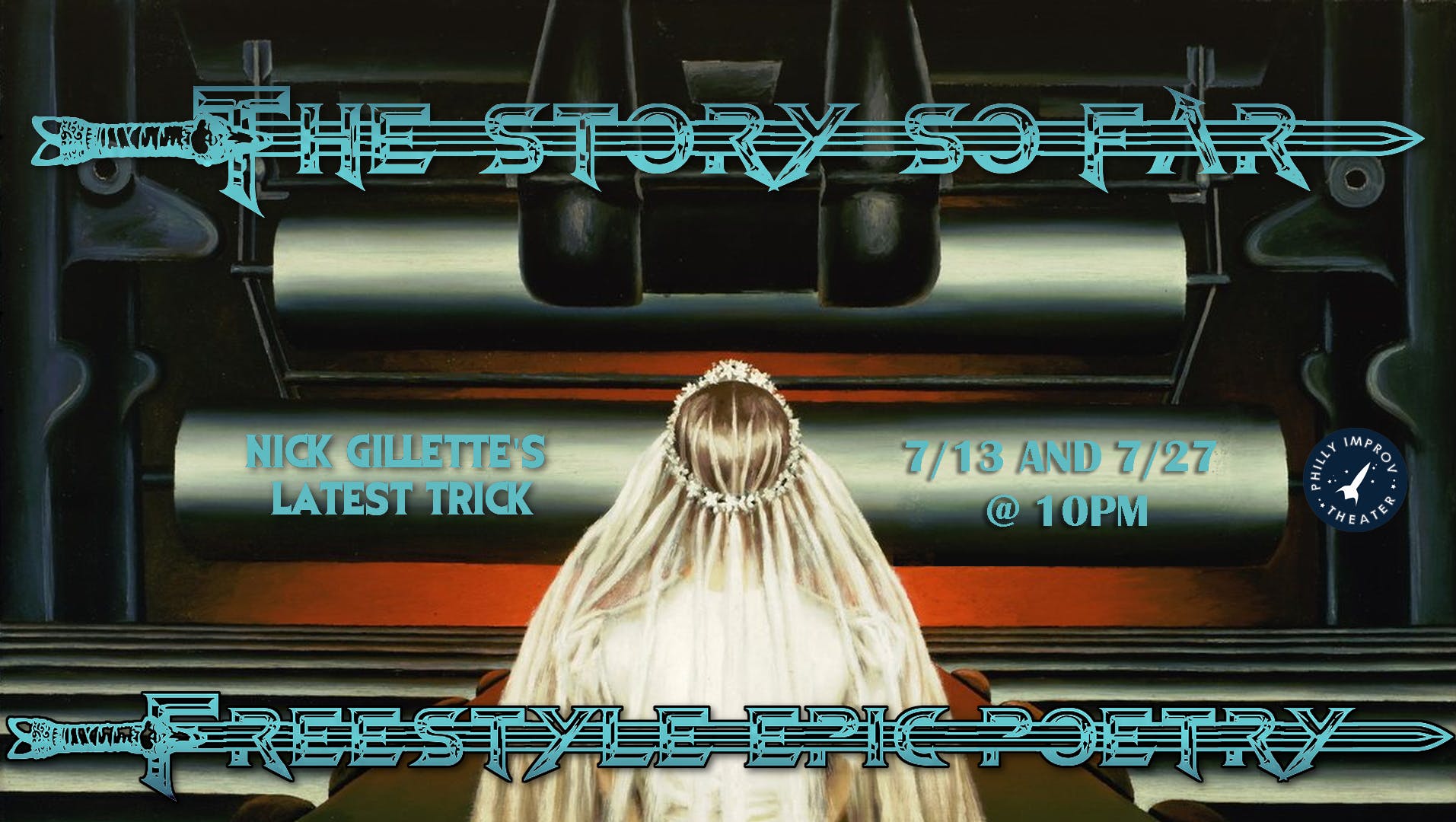 The muse takes a hold of the wheel in this rolling improvised freestyle verse performance. Nick Gillette’s latest solo project showcases a storyteller who has dropped the act of being in control of the story. Always live, never the same twice.

ABOUT NICK GILLETTE
Nick Gillette is a physical theatre artist, a co-­founder of Almanac Dance Circus Theatre, and an instructor at the Philly Improv Theater. He is a graduate of the Pig Iron School for Advanced Performance Training, a 2014 New York Live Arts Fresh Tracks resident artist, a 2016 Colgate University Christian A. Johnson resident artist, and currently a resident artist at the Philadelphia School for Circus Arts. With Almanac he has collaborated to devise and perform Communitas (2014), Nightfall (2014), The Fleecing (2015), Leaps of Faith and Other Mistakes (2015), and Exile2588, to premiere in the 2016 Fringe Arts Festival. He has performed with Cabaret Red Light, BRAT Productions, Groundswell Players (now Lighting Rod Special), Pig Iron Theatre Co., Alex Bechtel, and the Philly Improv Theater.