The Team Up Featuring Overlook & NYTEShift 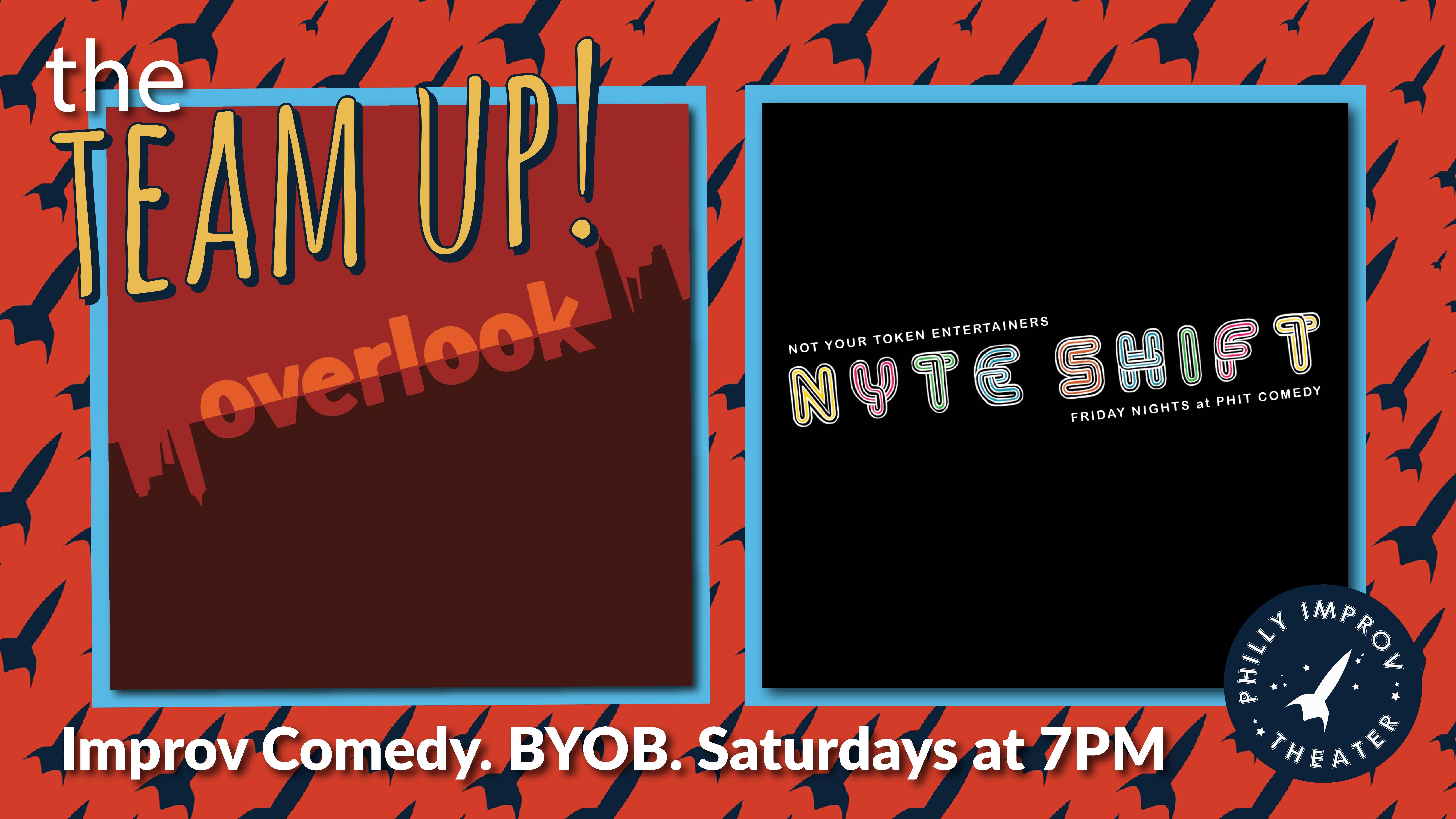 Saturday Night at Philly improv theater is a cornerstone of Philly’s comedy scene. Mixing amazing storytelling, quick wits, hilarious chaos and a dash of audience participation, an elite cast of the city’s best improvisers create shows that are never seen before and will never be seen again at every performance. Overlook & NYTEShift will each perform their own set so you will see two very different shows in the same block!

ABOUT NYTESHIFT
This dope-ass comedy troupe joining The Team Up for June is comprised of multi-talented racial minorities. Improv. Sketch. Stand-up. Straight up “haha’s” for days. Just a few Americans trying to express ourselves. Each show is followed by an improv jam by and for people of color. See the show and then stick around to play.