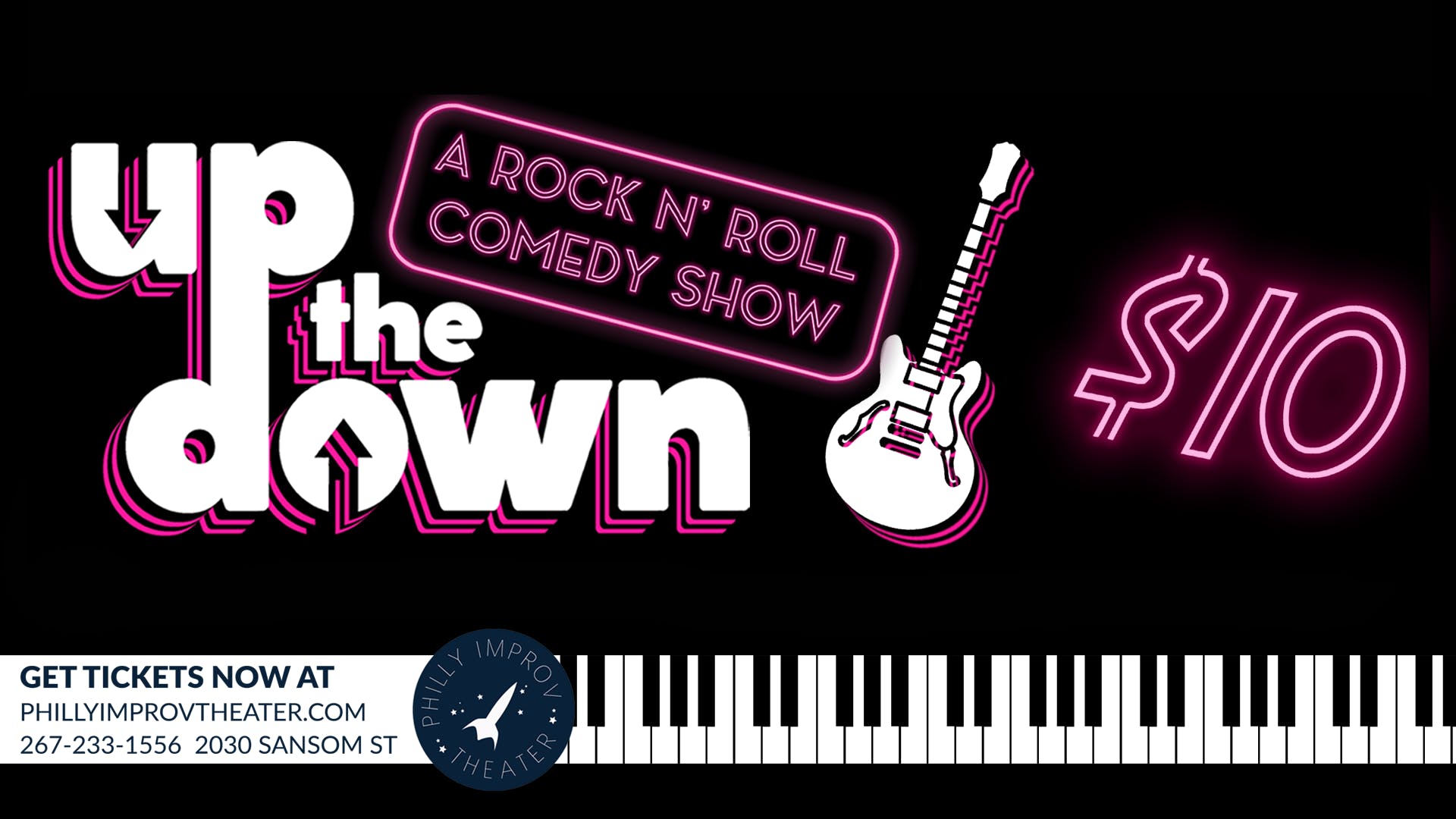 If you’ve ever been to a rock concert and thought, “This isn’t funny at all!”, or been to a comedy show and thought, “I can’t tap my foot to this!”, then this is the show for you! With non-stop comedy, music, sketches and more, you won’t know whether to laugh or sing along. In their debut concert, three mop-top lads from the Outer Philadelphia Region take on the world through the power of song. Facing the harsh realities of unemployment, divorce, war, alien encounters, aquatic mammals, and the Food Network, this brand new comedy band will overcome the odds to make you laugh. Up the Down features Jake Segelbaum, Devin O’Brien, and Tyler Bonner from sketch comedy shows Temple SMASH and The Decoy.