VS: An Improv Cagematch 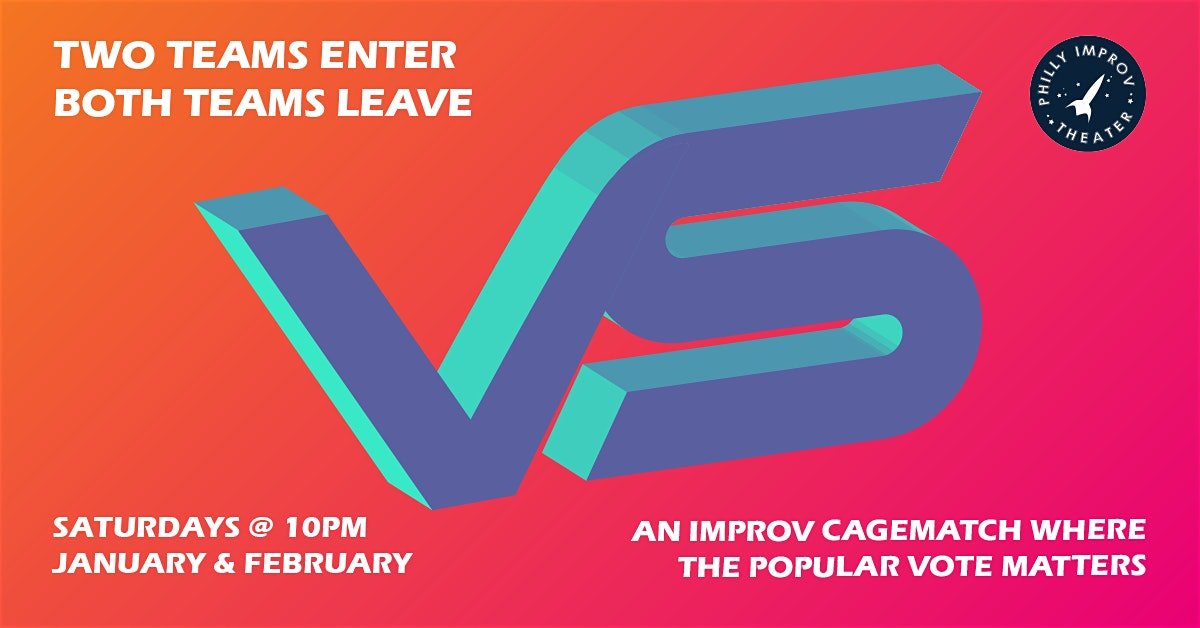 VS is Philly Improv Theater’s all-in improv tournament that determines the indisputable indie improv gods of Philadelphia. Eight improv teams will compete over seven weeks, culminating in the crowing of an ultimate champion. VS Champion this season wins those all important bragging rights + a limited run of their own show in our Cabaret space! Your vote determines the winner, so come on out!

TEAMS WILL BE ANNOUNCED MID DECEMBER!