VS: An Improv Cagematch featuring Dreamin’ Istanbul and Top Bunk 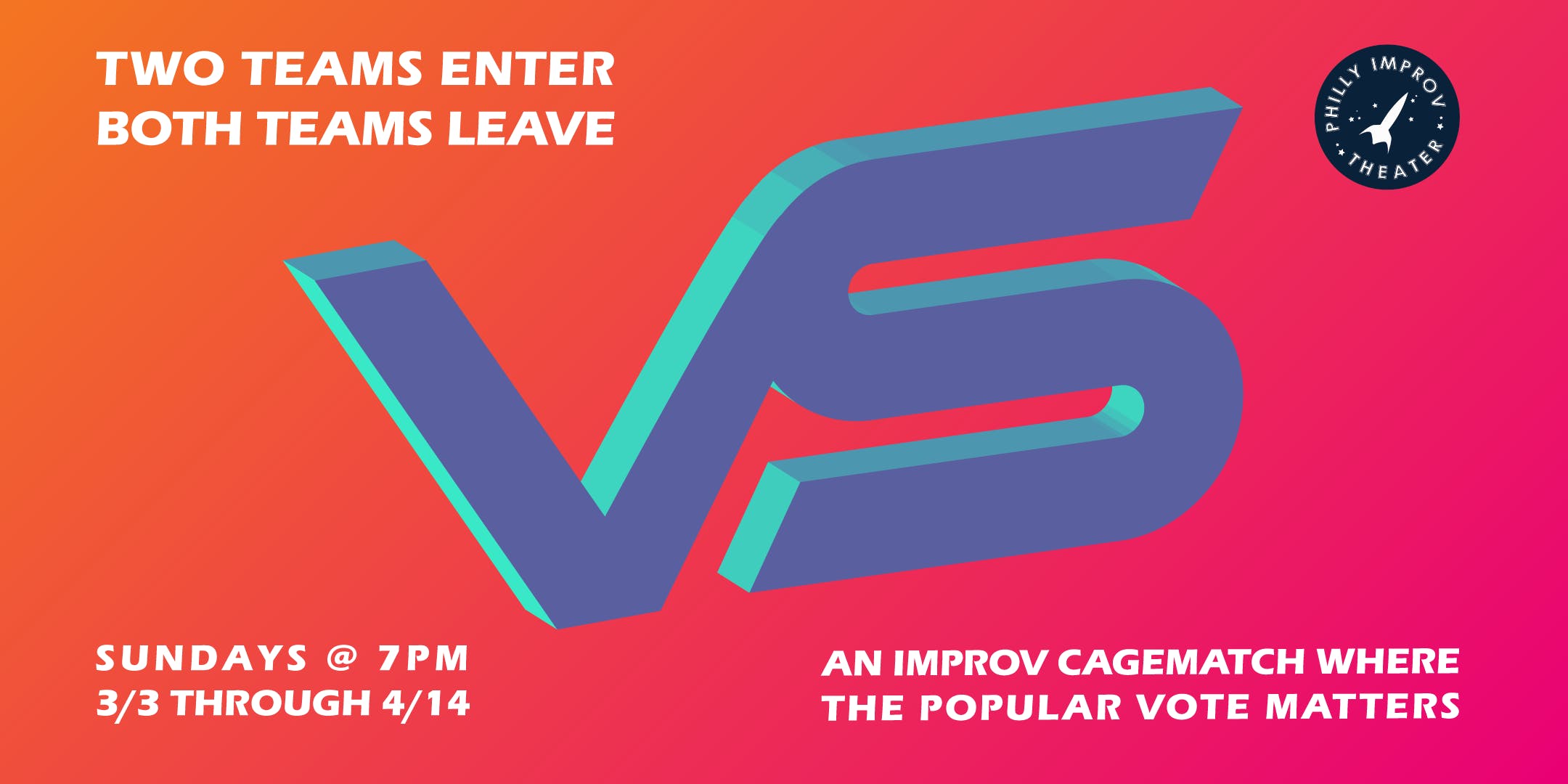 VS is Philly Improv Theater’s all-in improv tournament that determines the indisputable indie improv gods of Philadelphia. Eight improv teams will compete over seven weeks, culminating in the crowing of an ultimate champion. Bragging rights and a cool two hundo go to the victors. Let the games begin!

For the Spring 2019 season of VS things are a bit different. None of these teams have performed before! All teams were assembled specifically for this tournament and will face off. Your vote determines the winner, so come on out!