We The People Improv Festival: Superego 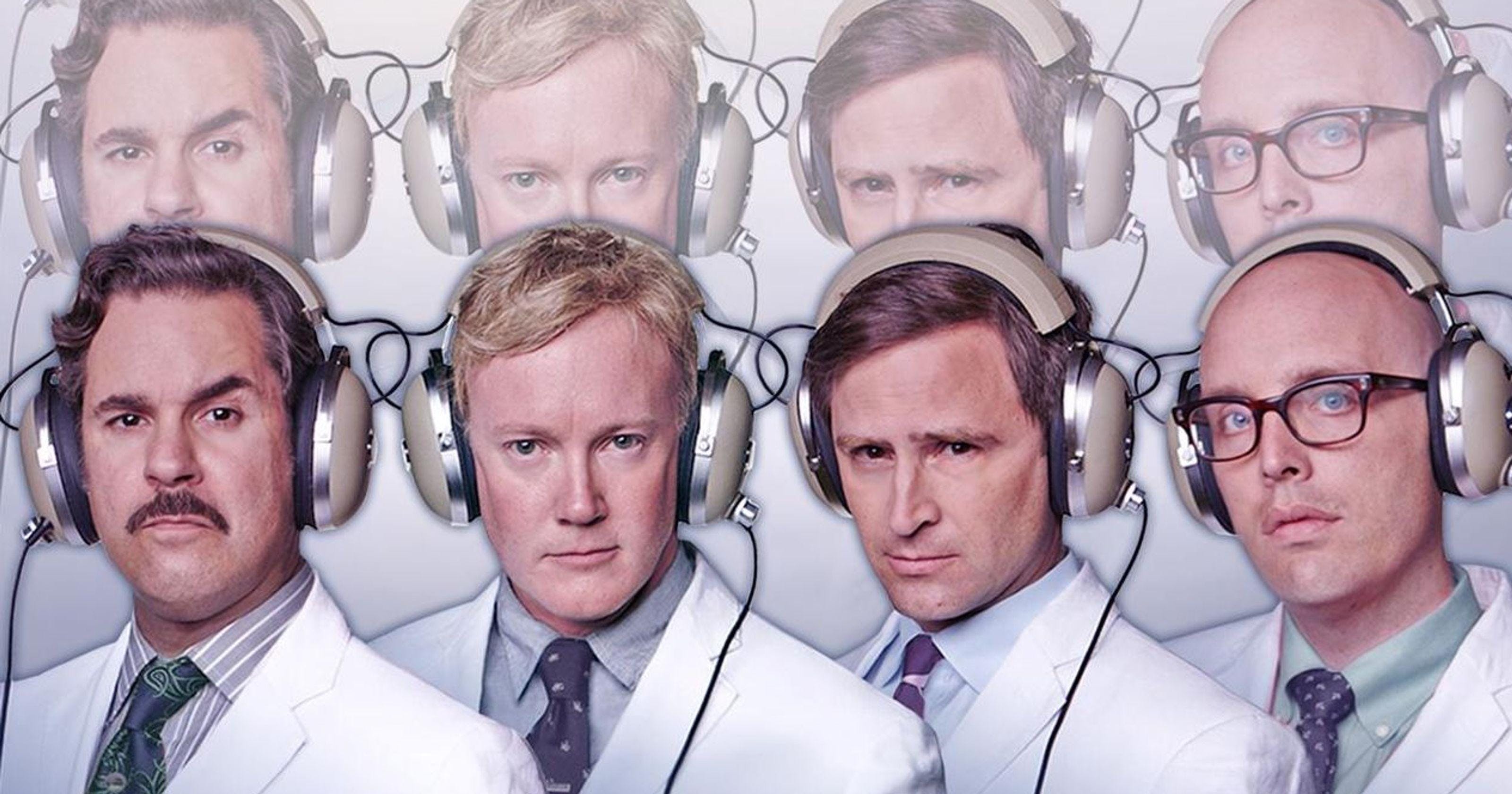 Experience the popular podcast, live on stage! Enter the world of the Superego Clinic for Analytical Pscience™ where doctors Matt Gourley, Jeremy Carter, Mark McConville, and Paul F. Tompkins introduce you to a variety of curious characters. Weirdos, really. A bunch of self-absorbed swellheads, improvised and analyzed before your very eyes.

Jeremy Carter is a co-founder of the Superego Podcast, occasionally popping up on the Thrilling Adventure Hour, The Dead Authors podcast, the Andy Daly Podcast Pilot Project, Comedy Bang Bang, and the Super Serious Show. Anywhere Superego is found, Jeremy will be there. Jeremy Loves animals, superheroes, action figures, Stratocasters, and once got drunk with Dave Grohl. He has performed with ComedySportz and was a founding member of the five man sketch group Der Monkenpickle. Jeremy has appeared in numerous Channel 101 shorts, particularly: Ultraforce, Buckle Up! and Time Belt (where he was given the opportunity to play Adolph Hitler as Ricardo Montalbán). He performs at various venues in the greater Los Angeles area.

Matt Gourley does some podcasts. For starters, he’s a creator of the Superego podcast, the James Bonding podcast, the Pistol Shrimps Radio podcast, and the I Was There Too podcast. There are more but let’s stop talking about podcasts. He’s also been seen or heard on Community, Adventure Time, Comedy Bang! Bang!, Another Period, and has been featured on Comedy Central’s Drunk History, slurring his way through thoughtful retellings of Watergate, the Alamo, and the life of Wernher von Braun. He’s also currently the spokesperson for Volkswagen. By day though, Matt teaches acting and improv at College of the Canyons and Riverside College where he will most likely give you an easy A.

Mark McConville is a Wisconsin native and graduate of The University of Wisconsin-Madison. He has been acting and improvising since 1996 and currently is a mainstage performer with iOWest’s Opening Night: The Improvised Musical!. In addition to his work on Superego, he has appeared as a guest on several podcasts, including The Andy Daly Podcast Pilot Project, The Dead Authors podcast, The Thrilling Adventure Hour, and Spontaneanation. Mark has also produced several mini-series for Howl.fm, and his current podcast Pistol Shrimps Radio was included on the iTunes Best Podcasts of 2015 list. In addition to all this podcast business, Mark is also a singer, guitarist, and pedal steel guitar player. Mark would like to thank his lovely wife for her continued and undying love and support.

Paul F. Tompkins is a comedian and actor. He provides the voice of “Mr. Peanutbutter” for the Netflix animated series BoJack Horseman. He was the host Spontaneanation on the Earwolf podcast network, and co-hosts the Threedom podcast with Scott Aukerman & Lauren Lapkus for Stitcher Premium. For a full list of Mr. Tompkins’ stage, television and film credits, ask your teacher or a policeman.

WE THE PEOPLE IMPROV FESTIVAL

Philly Improv Theater’s We The People Improv Festival is the main improv festival for the City of Philadelphia. The fest is dedicated to showcasing the diversity of improv talent from across the nation and around the globe, while also highlighting the diversity and talent of our beautiful city to our guest artists and all those in attendance. Our producing team and Philly’s improv scene are excited to come together under one roof for a weekend celebrating excellence in improvisational comedy, and the camaraderie of the worldwide improv community.We The People has your back and we can’t wait to laugh with you!