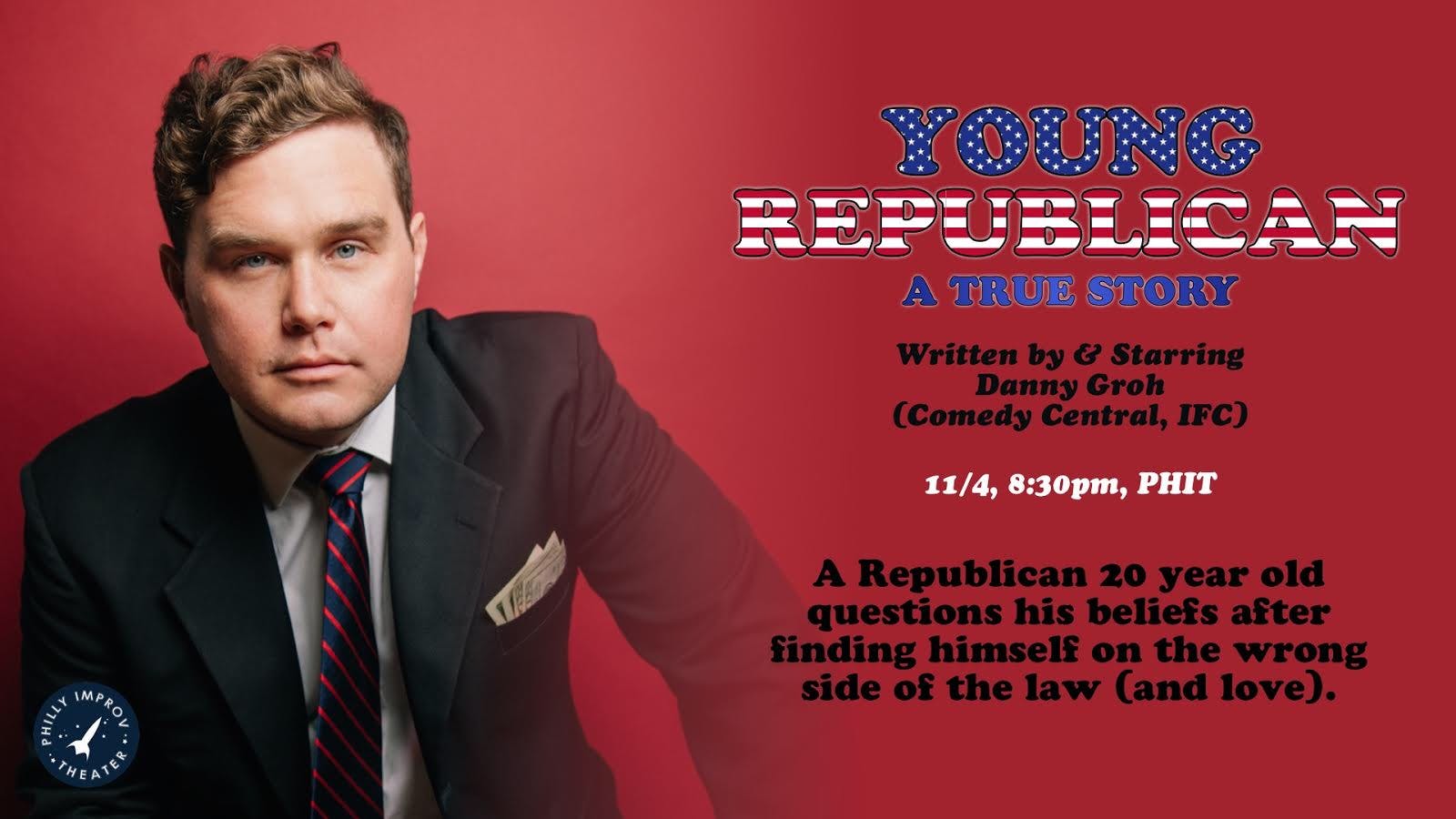 Actor and comedian Danny Groh (Comedy Central, IFC, The Onion News Network) wrote and stars in this tale of a young man living the high life in the early aughts—only to have everything come crashing down and go tumbling face first into the Trump era broke and betrothed to a Russian escort.
About Danny Groh:
Danny Groh is an actor and comedian from Cedarburg, WI. He moved to New York from Chicago on January 1st, 2015, where he studied and performed comedy at The Annoyance, Upstairs Gallery, iO Theater, The Playground, & The Second City for over six years.
He has performed his solo show Young Republican: A True Story in the Berlin Fringe Festival at the Comedy Cafe Berlin and Brooklyn Comedy Collective in New York.
You can see him in the feature film Party Time Party Time and Comedy Central web series Sunset Peak and Greetings! From Prison! He has also been featured on IFC, The Onion News Network, and various national commercials. Visit http://www.dannygroh.com for everything else Danny Groh.
Insta: @dannygforce
Twitter: @DannyGSlam